Connecting nature with the built environment

If you could do something that aids focus, increases productivity, boosts immunity, and guarantees employee stress reduction, would you say no?

Studies on well-being indicate that proximity to nature has health benefits, and this idea—biophilic design—has been around a long time. Although it gained popularity in recent decades, its roots go as far back as the Hanging Gardens of Babylon, one of the Seven Wonders of the Ancient World. Today biophilic design principles have been applied to homes, commercial buildings, and even cities—and research indicates it’s here to stay.

“Biophilic design is an approach that seeks to fuse nature with architecture—not just inspiring natural design but specifically affecting how buildings and communities function.”

Rooted in Nature
The idea that humans have an innate need to connect with nature was made popular by Edward O. Wilson’s biophilia hypothesis in his book, Biophilia. But the term was first used by Erich Fromm, who surmised a psychological orientation to all that is alive and vital. Building upon this idea, Stephen Kellert, considered a pioneer of biophilic design, created a framework of principles that are used to this day. They involve direct and indirect experiences of nature.

According to an article by Kellert in Metropolis, he said, “It is important to realize that biophilic design is more than just a new way to make people more efficient by applying an innovative technical tool. The successful application of biophilic design fundamentally depends on adopting a new consciousness toward nature, recognizing how much our physical and mental well-being continues to rely on the quality of our connections to the world beyond ourselves of which we still remain a part.” 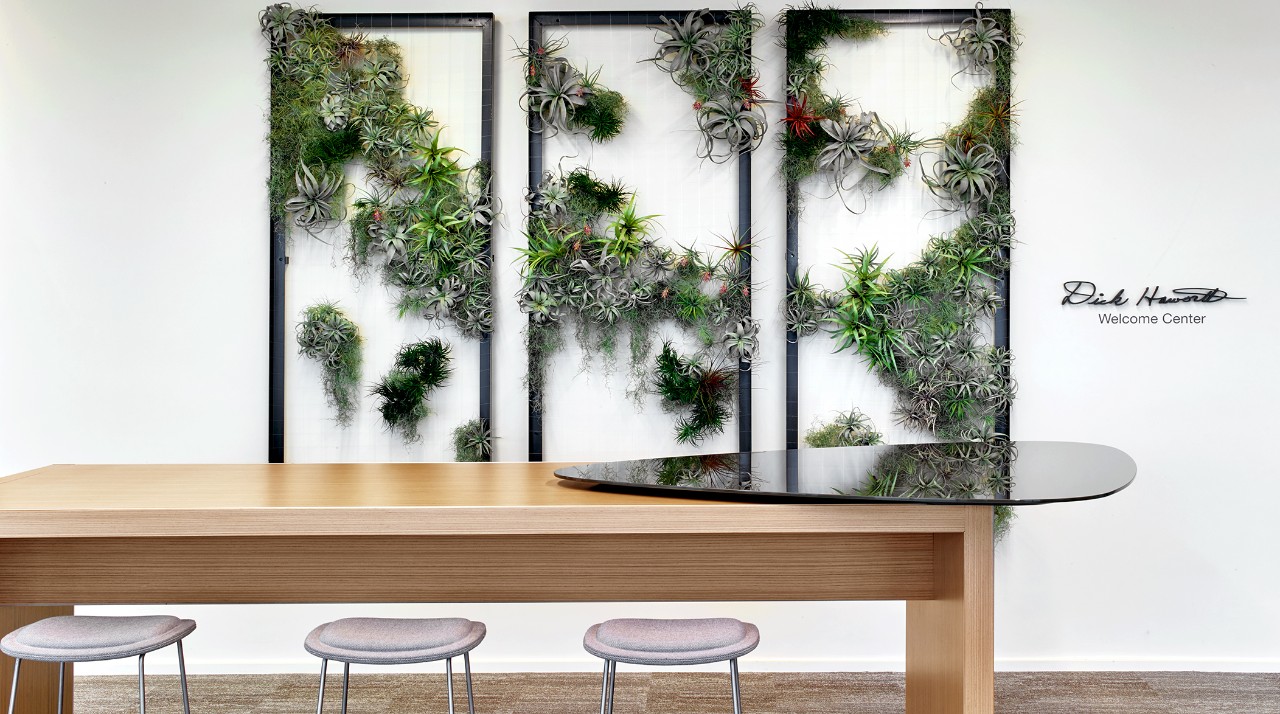 Benefits
According to Fast Company, “The biophilic design craze has been fueled by a host of scientific studies that indicate that being closer to nature, whether that’s in the form of houseplants or natural light, is beneficial for your health. A landmark 2019 study found that children in Denmark who had been exposed to more greenery had 55% fewer mental health problems later in life compared to those who weren’t exposed to nature.”

In the Harvard Business Review article, “Gazing at Nature Makes You More Productive: An Interview with Kate Lee,” University of Melbourne researcher Kate Lee said, “I’ve been drawing on attention restoration theory, which suggests that natural environments have benefits for people. The theory is that because nature is effortlessly fascinating, it captures your attention without your having to consciously focus on it. It doesn’t draw on your attention control, which you use for all these daily tasks that require you to focus. So, gazing at natural environments provides you with an opportunity to replenish your stores of attention control. That’s really important, because they’re a limited resource that we’re constantly tapping.”

Other research from Fast Company indicates plants can reduce stress, help with focus, and even increase immunity. They also have a positive social effect in relation to alliance and morality, says environmental psychologist Sally Augustin, PhD. “Plants put people in a better mood and improve confidence and openness of the mind to the surrounding world,” she explains in “Green Shoots: How Plants Boost Performance in the Workplace,” an article published on Worktech Academy. “Being in a good mood, for example, makes it more likely that our brains will do a better job problem solving or thinking creatively, and that we’ll get along better with others.” 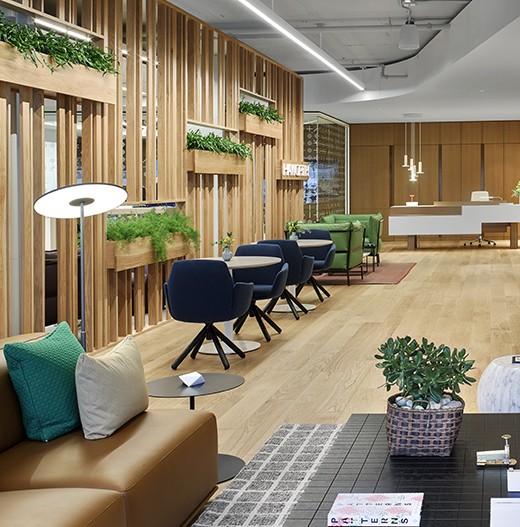 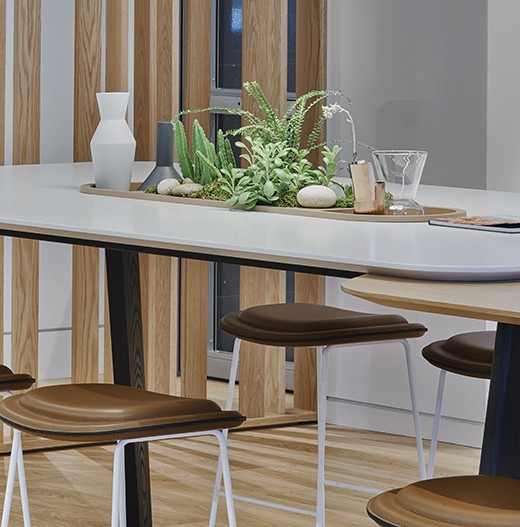 Biophilic Design in Practice
Two early adopters of biophilic design principles are Frank Lloyd Wright and Antoni Gaudi. Both are considered ahead of their time and their architectural marvels continue to fascinate and inspire. Wright referred to his style as organic architecture, and his work blended nature and people together in unique buildings. Gaudi said originality is returning to the origin, which to him meant nature, from which he drew inspiration to create biomimetic architecture. La Sagrada Familia represents a merging of his ideas and designs, with façades covered in nature imagery and an interior featuring columns that look like trees engulfed in beautiful stained glass colors from natural light.

There are many buildings inspired by nature, such as those identified by the BBC’s "Nine Incredible Buildings Inspired by Nature." But what does biophilic design look like in the workplace? Interior Architects shared examples of how they incorporated the principles in their designs. Amazon created The Spheres, “a result of innovative thinking about the character of a workplace and an extended conversation about what is typically missing from urban offices—a direct link to nature.”

Facebook made a nine-acre rooftop garden at their Building 20 location. According to the Washington Post, two laps around the meandering gravel path takes about 30 minutes, perfect for Silicon Valley’s famed walking meetings or an employee’s weekly one-on-one meeting with their manager.

Moving beyond structures, Biophilic Cities, including Singapore, Barcelona, and Birmingham, UK, are recognizing the benefits of biophilia incorporation in urban life. As an increasing proportion of the world’s population moves to cities, their progress is laying groundwork for the future of urban planning.

Given that 99% of humanity’s history has involved time in nature, the well-being benefits of incorporating nature into our daily lives shows the appeal of biophilic design.