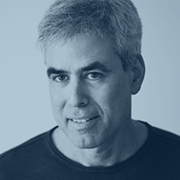 The Coddling of the American Mind with Jonathan Haidt

Something began changing on elite college campuses in 2013 and 2014 as Gen Z—those born in 1996 and after—arrived. They brought with them much higher rates of anxiety and depression, and higher expectations of protection. Over the next few years, academic norms changed to accommodate Gen Z in ways that interfered with the traditional mission of universities—finding and imparting truth.

Around 2018, when Gen Z began to graduate and enter the "real world," this dynamic began to play out again—especially in industries that hire from America's elite liberal arts colleges in the fields of journalism, media, the arts, non-profits, and tech.

Join us as Jonathan Haidt leads us in a discussion about how to bridge generational divides and help Gen Z flourish.

Join Haworth, industry partners, designers and thought leaders for a free 2-day virtual conference on work and workplace. Choose your own adventure! Sign up to view the schedule of presentations, workshops and panel discussions.
Keynote session by Patricia Urquiola and Giulio Cappellini.