The State of Commercial and Office Real Estate

The economy is better than you think it is, as properties evolve with business needs

Despite inflation, the fundamentals of real estate are in a really good place.

“That’s one reason the economy is better than you think it is. The fundamentals of real estate are in a really good place now. And in some areas, they're exceptional,” says Spencer Levy, Global Client Strategist and Senior Economic Advisor for CBRE, the largest commercial real estate services firm in the world.

Spencer joined a Haworth Connect webinar to share his insights on inflation, market fundamentals, capital markets, construction, and key strategies for investors and occupiers. Levy is the host of “The Weekly Take” podcast by CBRE, which covers every topic in the commercial real estate industry.

“The economy is in better shape than you think from an underlying perspective. It's growing fast. Our unemployment rate is tight. The average consumer has money in their pockets. That's the good news,” Spencer said. “The bad news is that over the next year or so we're going to be in a very high-interest-rate environment. Because of interest rate sensitivity, industries are going to suffer.”

The Biggest Issue is Interest Rates

According to Spencer, the biggest dark cloud on the real estate market is interest rates, which are expected to stay extremely high, probably through the end of 2023. The silver lining is that now is a good time to buy all you can with cash—if you can find great deals.

“There's so much pent-up equity. Because people want to buy, they have to buy—and they're going to buy—but sellers need a reset of pricing,” said Spencer. He expects rates to peak in the first quarter of 2023 and start to come down as the Federal Reserve begins to move toward a rate flattening or decrease.

The real estate properties Spencer expects to do well in the coming year are multifamily and industrial in better business districts. These property types are seeing double-digit year-over-year rent growth. Because of rising labor and material costs, there are better deals to renovate than to buy new. However, investment opportunities lie in new construction.

Get Our Guide to Better Comfort and Support

Discover the basics of ergonomics and find out how choosing the right chair can provide the comfort and support people need to get work done. 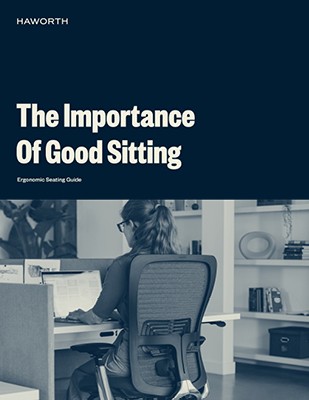 “I'm actually very bullish on the future of office properties, but the office is changing—first and foremost, in location. People are moving into what I call ‘better business districts,’ or ‘BDDs,’ versus traditional CBDs (commercial business districts),” Spencer said.

BDDs are areas where people not only work, but also live and play. In Chicago, a prime BDD would be the Fulton Market area in the West Loop, which is seeing an increase in office activity. Spencer added that three years ago, the Fulton Market represented 5% of all leasing activity in Chicago. Today, that’s risen to 25%.

“If you put your office in one of these BBD live-work-play areas, it's not only going to be fine, but it's also going to thrive,” Spencer said.

One thing that could be an issue, Spencer noted, is that offices in older buildings tend to have higher capital expenses from adding amenities people want and fixing outdated systems. “The demand for new amenities is not just about putting in a pickleball court. It’s also about benefits such as outdoor space and having better HVAC,” Spencer said, noting that features like better quality air and water can result in fewer sick days and people functioning cognitively better.

Following the 2020 “experiment” that launched the majority of office workers head-first into working from home every day, all the power in the labor market shifted to the workforce. Unemployment rates toppled as people discovered they could secure any number of good jobs working from anywhere.

Since then, remote work has not gone away—but people are now coming into the office, at least part of the time. The office is becoming more of a desired destination than it ever has been. Spencer is seeing an in-office rate of about 70%, Tuesday through Thursday.

The office workplace is in no way going away—it is simply changing for the future. “We’re seeing the unemployment rate begin to tick back up,” Spencer said. “You’re going to see the power in the labor market shift back to companies—but not completely. You cannot put the Zoom genie back in the bottle. We're still going to work from home, but you're going see more people back in the office. Change it in terms of location and amenities, and you’ll draw people back.”

For more of Spencer’s insights on the state of the commercial real estate market, inflation, market fundamentals, and key strategies for investors and occupiers, watch his full Haworth Connect webinar presentation. 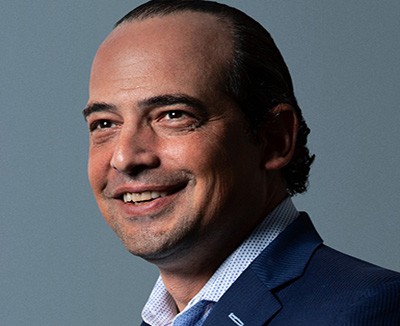